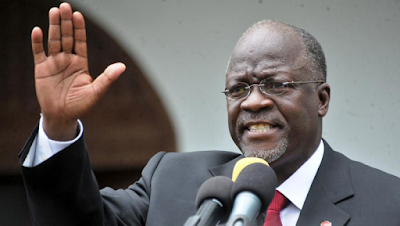 An independent Tanzanian newspaper has been suspended for two years, a government spokesman said on Tuesday, accusing the publication of sedition and endangering national security.

The critical Mwanahalisi newspaper was shut after publishing a letter on Monday from a reader containing “insults” against President John Magufuli and his government, said spokesman Hassan Abbasi.

Abbasi said the paper had received several warnings. The daily has been shuttered on several occasions in the past, for three months in 2008 and then three years between 2012 and 2015.

The offending letter said that Magufuli “claims to be a patriot but questions the patriotism of anyone who opposes him. This is hypocritical.”

Mocking Magufuli’s regular calls for people to pray for him, the article asks if in fact one should not rather pray for opposition lawmaker Tundu Lissu who was shot and injured earlier this month.

His party CHADEMA has accused the government of being involved in the attack.

Abbasi said the letter was the latest in a long line of violations of “ethics, principles of the journalistic profession by the publication of false, seditious articles that endanger national security”.

“Government is suspending printing and publication of the Mwanahalisi newspaper for 24 months,” said Abbasi.