I Was Target Of Olubadan Palace Gun Attack- Ladoja 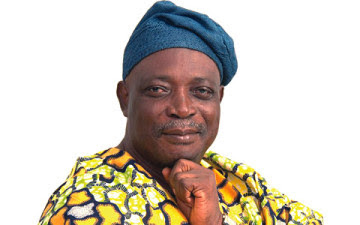 Some hoodlums had launched an attack on the palace on Monday during the installation of family heads, known as mogajis.

The Oyo State chapter of the All Progressives Congress had said in a statement by its Public Relations Officer, Olawale Sadare, that Ladoja should be blamed for the mayhem.

The party alleged that the ex-governor was taking advantage of the Olubadan chieftaincy crisis to “broaden his personal interest and fight needless war with his perceived political adversaries.”

But in a statement on his behalf by his media aide, Lanre Latinwo, the former governor said the APC was only making efforts to divert the attention of both the public and security agencies from those who were behind the act.

Ladoja added that he was lucky to leave the palace alive, stating that he the monarch was threatened in a letter that if he continued with the installation, there would be consequences.

“We urge security agencies to beam their searchlight on the APC and their agents in the state so as to unravel the perpetrators of the act.

“They sent their killer squad to kill Ladoja but unfortunately for them, the bullet hit another vehicle that belongs to Sarafadeen Alli, a senior chief of the Olubadan, with the hope that the vehicle belonged to Ladoja. The damage done to the vehicle and the incident has been reported to security agencies.

“It is noteworthy that some bystanders were able to identify the vehicle and some of the hoodlums, which include one aide that usually accompanies a High Chief, who is now an Oba and who is also a signatory to the purported letter written by the so-called Oba-in-Council against the Olubadan.

“It should be recalled that preparatory to the installation at the palace, a set of people, who called themselves Ibadan Oba-in-Council, wrote a letter of protest to the Olubadan, telling him not to carry out his lawful duties.

“Based on the letter, the Ministry of Local Government and Chieftaincy Matters wrote another letter threatening the Olubadan of great consequences should he go ahead with his lawful programme.

“Not satisfied with a fake delivery record on the letter, they went with Operation Burst soldiers and riot policemen fully armed to paste the letters on the wall of the Olubadan palace.”

Meanwhile, the APC Directorate of Media Research and Strategy in the state, Dr. Abdul-Azeez Olatunde, said the party was dismayed by the level of destruction and havoc at the palace on Monday.

Olatunde stated that the party had no hand in the violence, adding that the state had known peace since Abiola Ajimobi assumed office six years ago as the governor.

He said, “APC distances itself from this condemnable act of brigandage, violence and wanton destruction on the innocent people of Ibadan land. We believe that the masterminds of those dastardly acts should be ashamed of themselves.

“The government of Oyo State has been known as peace loving and one that is interested in the security of lives and property of the citizenry in the last six years. “We commend the government of Governor Ajimobi for tasking security operatives of Oyo State to fish out all the agents of darkness and their collaborators to face the long arm of the law.”