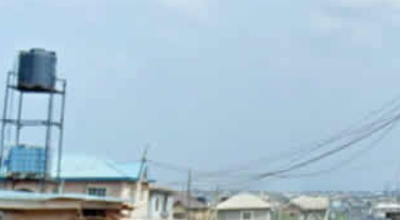 The kids were identified simply as four-year-old Olawale Akingbesote and his brother, Adesire, aged 2.

Punch Metro learnt that the deceased, their elder brother and their mother were together around 9pm on Saturday.

It was gathered that the mother went out to buy some items in the neighbourhood after the children had gone  to sleep.

She was said to have lit a candle to illuminate the apartment before leaving as there was power outage.

Punch correspondent was told that while the mother was away, the candle burnt down and consumed a table it was placed on. It later spread to the clothes beside the table.

It was learnt that firefighters from the Lagos State Fire Service, officials of the Lagos State Emergency Management Agency and policemen from the Iju Police Division responded to distress calls from residents, but the two kids had died before help could come their way.

The unnamed elder brother was, however, rescued with the support of the residents, while the fire was eventually put out.

A resident, Moshood Ibrahim, said the fire had spread to other parts of the room before a neighbour became aware and raised the alarm.

He stated that the distraught mother and the survivor had temporarily relocated to a relative’s house.

He said, “Their mother went out that evening to quickly get some items on the street, but she returned late. The candle had burnt to some level before she left home. Her thinking was that she would come back early.

“She did not put out the candle fire because she did not want the children to sleep in a dark room. Their father was not around. Two of the children were suffocated by the fumes, but their elder brother was rescued and rushed to a hospital. Everybody was devastated by the incident.”

An emergency official, who spoke to Punch correspondent on condition of anonymity, said the survivor was rescued behind the apartment door.

“He should be about eight years old. He managed to force his way from the fire into the back of the door, where we rescued him,” he added.