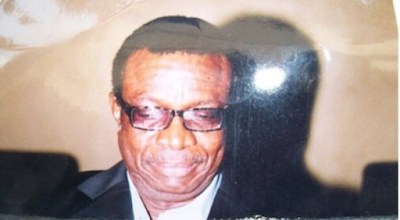 A Federal High Court sitting in Ibadan has sentenced a Professor of Agriculture, Benjamin Ogunmodede of the Institute of Agricultural, Research and Training (IART) to 40 years imprisonment over diversion and mismanagement of funds.

The two others involved in the diversion of fund include the Chief Accountant Zackeus Tejumola and a staff of the institution, Adenekan Clement.

Professor Ogunmodede who is also a Reverend of Anglican church is the former Director General of the Institute of Agricultural, Research and Training (IART), Apata Ibadan.

They were charged on 16-count charge bordering on conspiracy, unlawful conversion, and stealing of school subversion and other charges started since 2011.

Justice Ayo Emmanuel sentenced the accused for four years per charge and however said the 40 years will run concurrently, without an option of fine.

According to the judgment, the accused diverted over N177 million from N600 million received as subversion from the Federal Government to pay salaries of worker and execute certain projects in the institute, adding that they did not follow due process even in some executed projects.

The judgment indicated that the defendants had said they used part of the money to bribe members of House of Representatives and some staff of the Federal Ministry of Finance after they facilitated release of the fund for the institution.

Justice Emannuel said bribe and money laundry are prohibited in the country adding that it is a punishable offense under the law.

“It must be borne in mind that the primary of judicial sentencing is to serve as deterrent for those with such similar criminal tendencies and for rehabilitation of the accused. The two reasons are sociological in nature,” he said.

After the judgment, the leading counsel to the EFCC, Nkereuwem Anana said the judgment was an indication that Nigeria is serious with the anti-corruption crusade. He commended the court for the judgment saying the judgment will serve as deterrent for other public office holders who are embezzling public fund.

The representative of Rotimi Akeredolu who was the leading counsel for Ogunmodede, Mr Tunde Olupona said the judgment was very fair to all the parties adding that the legal team will have a review of the judgment and see the way forward.