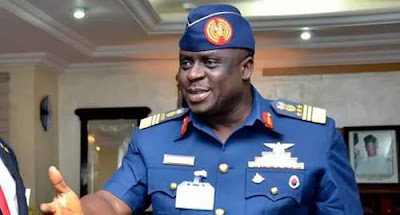 Bolaji Ayorinde (SAN), the lawyer to former Chief of Air Staff, Adesola Amosu, has informed the court that the principal surety of his client, John Chido Okeke, has signified intentions to withdraw from the surety agreement he entered on behalf of the former chief of air staff, as part of the bail conditions imposed by the court.

Ayorinde made the announcement on Thursday, before Justice Muhammed Idris of the Federal High Court in Ikoyi, Lagos, during the continuation of the money laundering trial of Amosu and 11 others.

“The first defendant principal surety intends to withdraw his suretyship and the process of substituting the surety is ongoing” Ayorinde said.

Also, the judge, in a short ruling before Ayorinde informed the court of the surety, ruled that some bank documents presented by the EFCC were admissible hence accepted in evidence.

Amosu alongside Air vice Marshal Jacob Bola Adigun and Air Commodore Gbadebo Owodunni Olugbenga and 9 companies were arraigned on a 26 count charge by the Economic and Financial Crimes Commission (EFCC) on June 29, 2016, and were granted bail with some conditions.