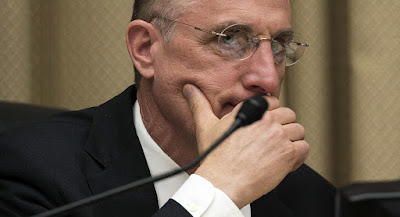 Embattled anti-abortion lawmaker who allegedly encouraged his lover to terminate a pregnancy, has announced his plan to resign from office later this month — just a day after announcing his plan to retire following the 2018 election.

The Pennsylvania Republican’s about-face came after House GOP leaders and senior Republicans upped the pressure on Murphy to step down. Republican sources familiar with Murphy’s thinking said the married father of one child initially believed he could weather a story in the Pittsburgh Post Gazette, revealing he had sent a series of text messages to his girlfriend — a psychologist half his age — encouraging her to have an abortion. Murphy has been a strongly anti-abortion lawmaker during his 15 years in Congress.

“This afternoon, I received a letter of resignation from Congressman Tim Murphy, effective October 21," Speaker Paul Ryan said in a statement. "It was Dr. Murphy's decision to move on to the next chapter of his life, and I support it."