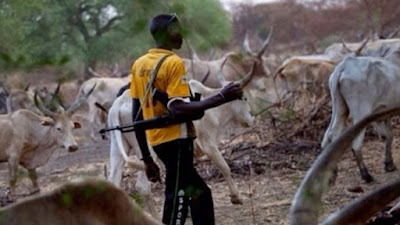 Barely 24 hours after the imposition of curfew by Governor Simon Lalong, gunmen suspected to be Fulani herdsmen on Saturday killed no fewer than six persons in the Bassa Local Government Area of Plateau State, while houses were burnt down.

The incident was said to have happened in Taagbe village, near Kent Academy in the Bassa LGA.

It was gathered that the attack followed reported threats of attacks in a community near Jos Wild Life Park, about five kilometres away from Taagbe village. A community leader and eyewitness told Punch correspondent that the attack was deadly.

He said, “God should intervene and save us from these Fulani boys. They came in a large number, swooped on the villagers at midnight and struck.

“Although about six persons were killed, the casualty figure may likely increase because the attack was the deadliest in recent times.

“Over six houses were razed. The Fulani have declared war against us.”

He said, “There was an attack in a village in the Bassa LGA, Plateau State, by yet-to-be-identified gunmen. Six persons were killed and several houses burnt in the incident which took place last night (Saturday).”

On Friday, Lalong had imposed an indefinite dusk-to-dawn curfew in the Bassa LGA between 6pm and 6am.

He had also ordered a search and security enforcement operation in the hotbeds of ethnic and religious crises in the state.

The decision was contained in a statement issued in Jos on Friday by the Director of Press and Public Affairs, Samuel Nanle.

The government had also directed traditional rulers to ensure strict compliance with the curfew which was reportedly meant to guarantee the peace and security of the residents of the Bassa LGA.

The statement had read in part, “In view of the recurring incidences of attacks in Irigwe chiefdom and neighbouring areas around the Bassa, Vom,  Jos South adjoining borders and the Manchok, Kaduna State adjoining areas with the Irigwe ancestral land, the Executive Governor of Plateau State, Simon Lalong, has directed a special military ‘Search and Security Enforcement Operation’ within the aforementioned areas.

“Consequent upon this therefore, in order to guarantee an effective operation and the safety of all law-abiding citizens, the governor has approved the imposition of a dusk-to-dawn curfew over the Bassa Local Government Area; that is between 6pm and 6am curfew daily, with immediate effect until further notice.

“All community leaders, village heads, ward heads, district heads and paramount rulers of all areas bordering Irigwe chiefdom are directed to ensure strict compliance with the curfew order and other specific security measures that would be put in place, to guarantee the peace and security of the citizens of the Bassa LGA.”

Three persons, including a former Head of Civil Service, Moses Gwom, were killed on Tuesday in Doruwa community, also called Wereh, by gunmen suspected to be Fulani herdsmen.

Apart from the ex-HoS, other victims were a soldier, identified as Corporal Chimezie Goodluck, and a business woman, Rhoda Dauda.

A socio-political group, Berom Educational and Cultural Organisation, had alleged that the killings were aimed at scaring the victims off their land.