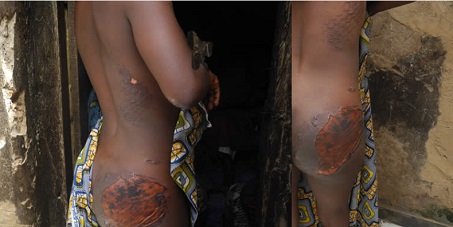 The National Agency for the Prohibition of Trafficking in Persons has arrested a 24-year-old housewife, Mrs Basira Sagiru, for pushing her sister-in-law into a pot of boiling water.

The Head, Press and Public Relations Unit of NAPTIP, Mr Josiah Emerole, confirmed the arrest in Abuja on Saturday.

Sagiru pushed her sister-in-law, who is living with her, into a pot of boiling water over a minor disagreement in the house.

The victim, whose name was given as Hasiya Ibrahim, was reported to have suffered high degree burns before some good Samaritans rescued and took her to NAPTIP headquarters in Abuja.

Emerole said that the victim was under the custody of NAPTIP for medical attention.

He said that the suspect was picked up on Oct. 19, and immediately the matter was reported to NAPTIP and was awaiting further investigation.

He said the agency would decide the next line of action when investigations were concluded.