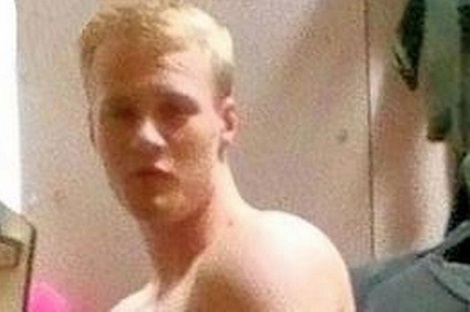 Talk about never repenting, lol! A brazen prisoner has posted a Snapchat photo after a police sweep for mobiles was carried out in the jail.

Inmate Michael Roberts has been bragging online that he still has a mobile phone, even though he is locked in a segregation cell after a raid by officers.

One photograph, uploaded to Snapchat by Mikeyroberts6, shows a picture of Roberts with a caption reading: “Down the digger for a month f***ing snakes.”

Roberts had previously boasted on Facebook about his “easy” life behind bars in a series of smug social media comments.

The 22-year-old, who is serving a three-year prison sentence at Edinburgh’s Saughton Prison for his part in a knife robbery in the capital on March 9, had uploaded naked pictures of himself and other cons.

After prison bosses found out, a cell sweep was carried out.

But Roberts has gone on social media again to show he still has a phone.

This time, he claims to be in segregation – commonly known as “the digger” among inmates. 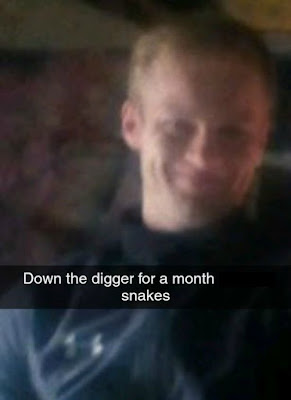