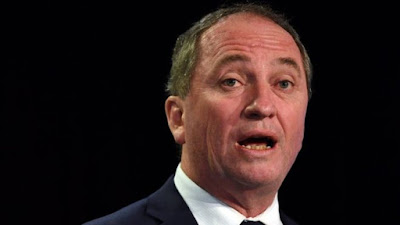 Australian Deputy PM Barnaby Joyce and four other politicians were wrongly elected because they held dual citizenship, a court has ruled.

The High Court of Australia decision means three of the politicians, including Mr Joyce, are disqualified from office. The others quit in July.

Mr Joyce's exit strips the government of its one-seat majority, but he could return through a by-election.

The deputy prime minister, who renounced New Zealand citizenship in August, has pledged to re-contest his lower house seat.

"I respect the verdict of the court," Mr Joyce said immediately after the verdict.

"We live in a marvellous democracy, with all the checks and balances they have given us all the freedoms we see. I thank the court [for] their deliberations."