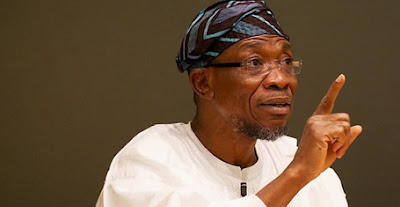 A 14-year old boy, Mutiu, and 29 others were yesterday sentenced to one month’s imprisonment by an Osogbo Magistrate’s Court for dumping refuse on the streets of Osogbo, the Osun State capital.

The convicts were arrested on Tuesday at different areas by officials of the Osun State Waste Management Agency and were brought to the court dressed in boxer shots, while  most of the females among them were dressed in nightgowns and wrappers only.

The prosecutor, Mr. Femi Ogunbamiwo, told the court that the convicts committed the offence on November 21 between 4.30am and 7am at different locations in the state capital.

All the 30 persons pleaded guilty to the one count of abuse of the environment preferred against them. None of them was represented by a lawyer, while the magistrate, Mr. Ashiru Ayeni, pronounced them guilty.

The magistrate sentenced all of them to 30 days in prison with an option of fine of  N10,000 each.