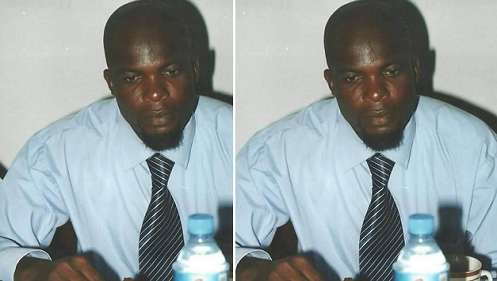 A popular radio presenter, Abulganiyu Lawal has been shot dead while hunting by unknown persons at Araromi-Oke in Ekiti East Local Government of Ekiti State.

The 42-year-old OAP, who was a member of Freelance and Independent Broadcasters Association of Nigeria (FIBAN) in Ekiti State has since been buried according to Islamic rites in his parents’ residence at Igbemo-Ekiti.

A source close to the deceased family said Ganiyu, after holding a meeting with his hunter friends decided to go into the bush to hunt and promised to return before 10pm.

Friends and relatives became worried when they expected him to return throughout Thursday night but he never did.

His phone number was also not going through when they tried calling him.

They later reported the matter at Ilasa Police station about the sudden disappearance of the man.

This made the police to embark on a search for him.

Report came to his friends and relatives who had been on his search that body of a man was discovered beside the bush by villagers going to the farm on Friday morning.

Police and some of the deceased relatives ran to the scene, to their amazement met the lifeless body of Ganiyu with bullet wounds on the ground.

One of his colleagues, Mr Wumi Ajisafe, who is the coordinator of FIBAN in Ekiti East, described the late Ganiyu as a perfect gentle man.

The deceased is survived by wife and three children.