Man Given 2 Years In Prison For Social Media Post 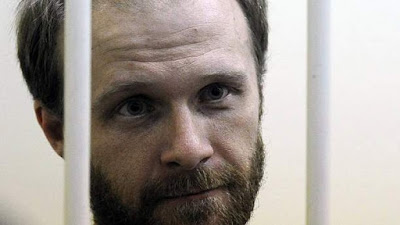 A court in Russia's second city Saint Petersburg sentenced a man to two years in a penal colony Monday for insulting high-ranking state officials on social media. Vladimir Timoshenko, 43, was found guilty of writing a post on popular Russian social network Vkontakte that "contained text of humiliating and insulting nature towards high placed officials," the court said in a statement.

Timoshenko wrote the post in 2015 while serving a six year prison sentence, the statement added without clarifying what his previous conviction was.

In the post, which has since disappeared from Vkontakte, Timoshenko called on Russians to rise up against an "unpopular regime."