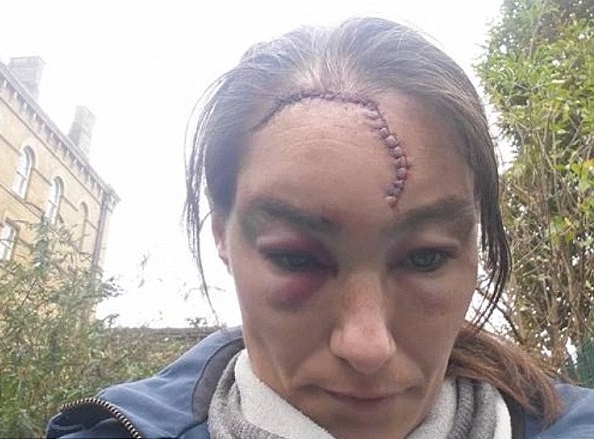 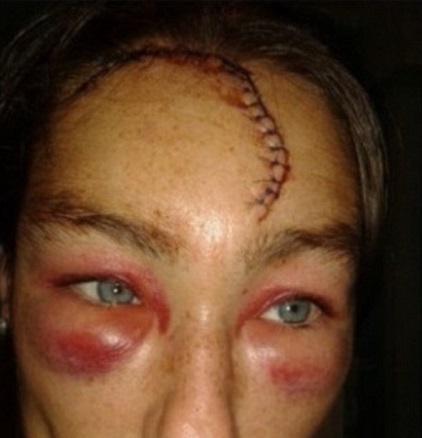 A woman was left with a horrific head wound after racist thugs attacked her in the street. Nikki Hurst, 32, was assaulted by three Asian men as she walked down in Lady Ann Road in Batley, West Yorkshire.

Police described the attack, which began when the trio approached Ms Hurst and launched verbal abuse before pushing and kicking her, as 'racially aggravated'.

Ms Hurst has described how during the incident she fell to the ground, sustaining the head wound and serious facial injuries as a result.

The attack took place near the Mill Village Shopping Complex on October 31 at 6.45am.

Det Insp Mark Atkinson, of Kirklees CID, said: 'This was a terrible incident and one which left the victim with very serious injuries.

'We know that just after this time, a member of the public located the victim close to the location of the assault and contacted the police.

'Police arrived at the location within 12 minutes of the report being made and swiftly administered first aid, providing ongoing support until the ambulance arrived as short time later.'

He added: 'We have been in regular contact with her to enable us to investigate the incident fully.

Police is now begging anyone with informaion to come forward.