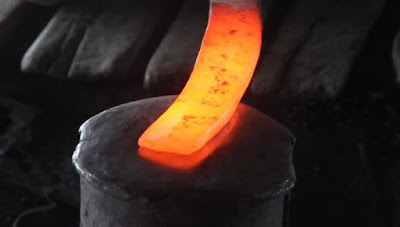 A woman has been accused of forcing a hot iron into the private part of her five-year old niece in Ekiti State. The woman, Mrs. Esther Abgundu, had earlier smeared the genital of her niece, little Aondoaver Sewuesi, with pepper.

The little girl’s offence was that she ate out of her aunt’s daughter’s meal.

The incident which occurred at Ijelu-Ekiti, Oye local government area of Ekiti State, has sparked outrage in the sleepy community.

The victim was still receiving treatment at the Community Health Centre in the area.

The incident occurred on November 26 when the victim (Sewuesi) was babysitting for her aunt.

“The victim was babysitting the baby of the respondent (Mrs. Abgundu) and was said to have taken a spoonful of the food she was feeding her aunt’s daughter with,” an eyewitness told our correspondent.

Both the victim and the suspect are from Gwer West local government area of Benue State with the victim’s mother living in their village.

Angered by the alleged brutality, the Justice and Development and Peace Initiative (JDPI) of Ekiti Catholic Diocese has petitioned the National Human Rights Commission (NHRC) and demanded justice for the victim.

JPDI in a petition made available to The Nation on Thursday by its Director, Rev.Fr. Emmanuel Akingbade, said its officials visited the community and its traditional ruler, the Elejelu, Oba Adetoyinbo Ajayi who confirmed the incident.

The monarch also contacted the Divisional Police Officer (DPO) at Ilupeju-Ekiti Divisional Headquarters who sent some policemen to arrest the suspect a day after the incident was reported at the palace.

The JDPI criticized the alleged release of Mrs. Abgundu from police custody, saying it could jeopardize investigation of the matter.