Ikechukwu Wants To Go More Into Acting, Reveals He Was Once Married 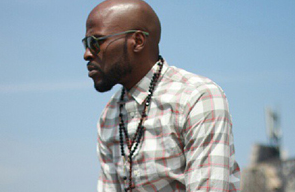 Call  him a former rapper and you won’t be wrong, but shockingly Ikechukwu says we are far from the truth. In a chat with Sunday Scoop, IK says he is still in music and as a matter of fact he would release new materials next year and may be even a music album. He however assured that aside that, one thing he would be doing more in 2018 is get into acting more. The chocolata also revealed he was once married when he spoke about marriage not working for him, and well, he isn't also sure when he will try his hands in another again. Enjoy....

“I just believe I became known as a musician earlier, that’s all. But since I had recorded some achievements as a music artiste, I thought it was time to delve into movies. I was actually pursuing an acting career in New York before I came back to Nigeria. So, it has always been music and acting for me.”

He continued saying, “I don’t think my love for music will suffer because of acting. For me, it is really about how much of effort and interest the creator puts into his art. Next year, I plan to drop music materials and perhaps an album too because my fans have been asking for it a lot.

“I have been getting more scripts ever since I featured in the Wedding Party. I am versatile; I have played a madman before. I can play any role, but I hope to play a role people won’t expect of me. I plan to feature in more projects that can help further my acting career. I don’t mind being in front or behind the camera.”

On marriage he said;