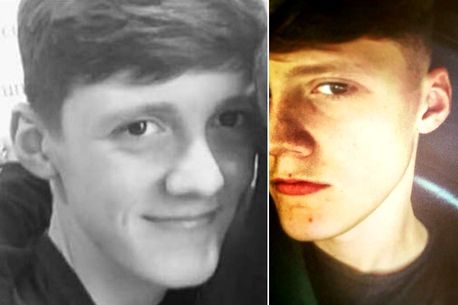 A promising young actor who was banned from the school play killed himself, an inquest heard.

Mason Mercer, 16, was said to have a 'change in mood' when he was told he would not be able to perform a lead role in a Dick Whittington production at Northfleet Technology College in Kent.

Mason, who was described as "shy" and "passionate about drama" was found dead at his home in Gravesend by his mum and two brothers on September 20 - hours after a meeting with teachers about his punishment.

PC Sinitta Dale told the hearing at Archbishops Palace in Maidstone how Mason had the lead role in the play alongside his girlfriend, but this was revoked from him following an incident on a school trip to Folkestone the day before his death.

Coroner Roger Hatch declared the verdict as a suicide by hanging. He said: “There was a sanction placed on Mason by the school, but following that he took the action that he tragically did."

Mason's dad Jason Hancock said his son was reprimanded for walking over a brow of a hill on a school trip to Folkestone the day before his death.

Speaking after the inquest, Mr Hancock described his son's suicide as a "moment of madness" and told the hearing Mason's mum warned the school banning him from the play would 'tip him over the edge'.

He said: "Drama was a major role in his life.

“He had the lead role alongside his girlfriend for Dick Whittington, and he had been working so hard towards it.

“His mum said to the teacher – don’t do that to him. That’s his passion. You will tip him over the edge.

“Drama was what he lived for.

“He had holidays to Butlins, Goa, and his 16th birthday was just five days before – he had everything to look forward to.

“He was not in a bad state of mind.

“It was a moment of madness, but it (the school play) was a catalyst”.

She said: "The whole school was shocked and deeply saddened at Mason’s death

“Senior members of staff offered condolences to Mason’s family following his death and staff liaised with them regarding funeral arrangements.

“The staff and students, identified by the family, attended Mason’s funeral and a floral arrangement was sent from the school.

"In addition, the school purchased a memory tree, which was on display at Mason’s funeral and contained messages sent to the family.

The school promised it would co-operate with any future investigation.