Must Read! Group Warns UK, US To Stop Interfering In Matters That Concerns Nigeria 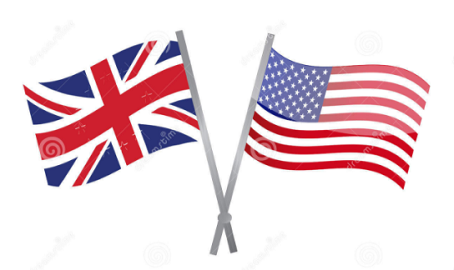 A civil society group, the Coalition of Civil Society Organizations for Transparency in Governance [CCSOTCG], has faulted the United Kingdom and the United States of America over what it terms their obsession with Nigeria.

The group has, therefore, asked the UK and US governments to keep their recommendation on the issues surrounding the clash between men of the Nigerian Army and members of the Shi’ite movement, Islamic Movement of Nigeria [IMN], in December 2015, where some persons were reportedly killed during the confrontation.

The group believes the Nigerian government has done the right thing in making sure that relevant authorities have done justice to the issue and wonders why the UK and US will not allow the mater to rest.

The CCSOTCG was reacting to a recent statement credited to British High Commissioner to Nigeria, Paul Arkwright, where he called for accountability in the ongoing investigations into the incident.

According to Arkwright, several investigations, reports and recommendations have remained unimplemented.

The British High Commissioner had posted in a tweet thus:

“It is two years since the Zaria incident when some 350 Nigerians were killed by the military. Since then, there have been several investigations, reports and recommendations.

But a number of recommendations remain to be implemented. We call for accountability on all sides.”

However, reacting to the envoy’s submission at a press conference during the weekend, the CCSOTCG, through its convener, Nkechi Odoma, described the call as an attempt by the US and UK to influence the presidential panel of inquiry like a ‘schoolboy.’

According to her, the group had no choice but to intervene in the unwarranted efforts at pushing Nigeria to the edge and make it into a failed state by agents of destabilization, who unfortunately have found willing local collaborators.

At the press briefing, Odoma said:

“We have had cause in the past to raise the alarm over such moves following which the agents of destabilization would run underground.

While we are not surprised that they have again resurfaced, their penchant for playing the hydra-headed monster is something that should alarm the world as it is obvious that humanity, and by this we mean the world, cannot afford another destabilized country in its inventory after the same bloodthirsty gang have conflagrated the Middle East, North Africa and other regions that were once stable.

Let us warn at this point that the gimmick of these evil enterprises is usually masqueraded as calls or demands for a country to comply with international standards that are not observed in or by any other nation on earth.

Once the country begins to implement such charade, an immediate consequence is the undermining of the institutions and autonomy of the state in favour of terrorists that enjoy the cover of these interests.

In one instance, the panel requested that Amnesty International volunteer information on the mass graves it had reported was holding the remains of extra-judicially executed persons.

Till date, that international NGO has not been able to oblige the panel, apparently because its reports were products of fertile imaginations that delivered blockbuster worthy fictions in the guise of reality.

As well documented by other organizations, including outside Nigeria, this has been Amnesty International’s stock of trade, lying to protect terrorists and criminal elements for the sole objective of pushing countries into crisis or sparking off crises where the nation is originally at peace.

We have reliable information that the US and UK are desperately trying to coerce the Presidential Panel of Inquiry into a decision of their choice.

Their goal is to dictate the recommendations that the panel comes up with. We further learnt that their desired recommendations have the sole aim of finishing off sub-Sahara Africa’s last fighting forces with the intention of weakening the region so that ISIS and al-Qaeda terrorists they have groomed in the Middle East can relocate to the North, West and Central Africa following their defeat at the hands of Russian backed troops.

We continue to wonder why the US and UK obsession with Nigeria. Ordinarily, US should be concerned about the growing extra-judicial executions by police departments across that country and the homegrown terrorism it has christened mass shootings.

The UK should face the reality of the terrorists it had imported wholesale into its fold following the guilt trip from its misadventure in the Middle East.

We will not permit them to export their brand of evil into our beloved country.

These two imperial nations may wish to be reminded that the Zaria incident they are aiming to exploit to compromise the panel has been sufficiently addressed by that body and also previously dealt with by the Judicial Commission of Inquiry set up by the Kaduna State Government.

Since the US and UK are so vested in the incident, they should have taken advantage when these bodies were sitting, to air their views but they would rather rig the outcome of a panel that is committed to objectivity.

They now want to use the backdoor to influence the Federal Government’s Panel of investigation on the military’s role and it’s compliance.

Our coalition warns the US and UK to steer clear of Nigeria’s internal affairs. There is no evidence that Nigeria has interfered in the way these two die-hard imperialist nations deal with what they perceive as threats to them.