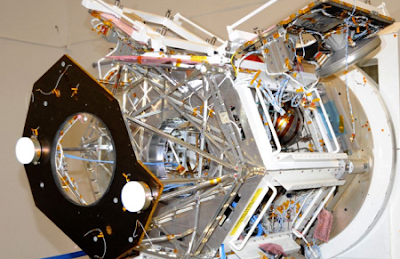 A cluster of three nano-satellites developed by scientists at Technion-Israel Institute of Technology, Haifa, will be the world’s first to be flown in formation.

The project, developed with the collaboration of the French Adelis-Samson Foundation and the Israeli Space Agency (ISA), will be launched on the Indian launcher PSLV at the end of 2018 by the Dutch company Innovative Solutions In Space, which has a specialization in launching Nano-satellites.

The project has been developed by a team of researchers lead by Prof. Pini Gurfil, who is the head of the Asher Institute for Space Research and a member of the aerospace engineering faculty at the Technion. It has been designed to demonstrate that a combination of satellites can hold together in a controlled formation for a year some 600 kilometers above Earth.

“Israeli technology is breaking boundaries and proving its innovation again and again,” said Science and Technology Minister Ofir Akunis to The Jerusalem Post. “We are proud to be part of this flagship project, which is a significant contribution to the advancement of space in Israel and to the training of students in the field.”

The satellites will be used to receive signals from Earth and compute the precise location of the source of the broadcast for rescue, detection, remote sensing and environmental monitoring.

Each of the satellites is 10 cm. x 20 cm. x 30 cm. – approximately the size of a shoebox – and weighs about eight kg. They will be equipped with measuring devices, antennas, computer and control systems and navigation devices.