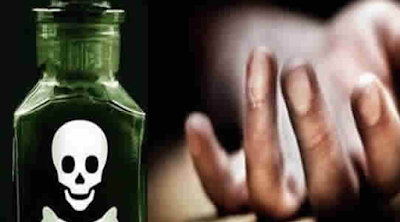 The Kano State Police Command on Tuesday confirmed the arrest of a teenage wife, Sadiya Umar, who allegedly poisoned her husband, Sani Umar, killing him two weeks after their wedding.

Punch correspondent learnt that the incident occurred at Yakasai quarters in the Kano metropolis.

According to a source, the late Sani, who allegedly ate a poisoned meal served by his wife, died 24 hours later while receiving treatment at the emergency ward of the Aminu Kano University Teaching Hospital.

Majiya said, “Three relations of the late Sani reported the incident to the Kofar Wambai Police Station on Monday.

“Immediately after the report, some policemen from the station went to the deceased home to arrest the wife. However, the wife had fled the house. She was eventually arrested yesterday (Monday).”

Majiya said the Commissioner of Police for the state had directed that the suspect be handed over to the State Criminal Investigation and Intelligence Department.

The police spokesman added that the remains of the late husband had been buried.