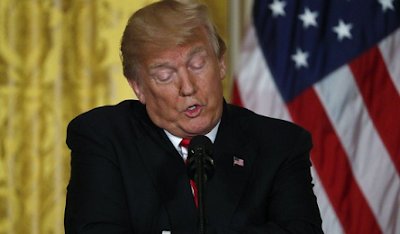 President Donald Trump reportedly lashed out in a Thursday meeting with lawmakers about immigration reform, demanding to know why the US should accept citizens from what he called “shithole” countries.

The comments, first reported by The Washington Post, sparked anger among Democrats and Republicans and revived questions about Trump’s tendency to make racially charged remarks.

Trump sat down with senators and congressmen at the White House to discuss a proposed bipartisan deal that would limit immigrants from bringing family members into the country, and restrict the green card visa lottery in exchange for shielding hundreds of thousands of young immigrants from deportation.

“Why are we having all these people from shithole countries come here?” Trump said, according to people briefed on the meeting who spoke with The Washington Post.

The president was referring to African countries and Haiti, both newspapers said, with the Post including El Salvador on its list.

Trump then suggested the United States should welcome immigrants from places like Norway, whose prime minister met with Trump on Wednesday.

“Why do we need more Haitians?” he added, according to the Post account. “Take them out”, he said.