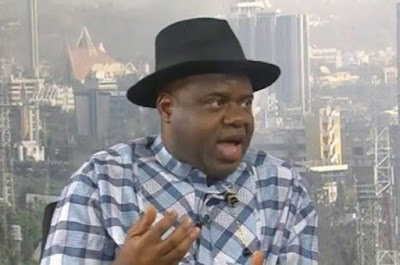 Six days to the deadline given by the Independent National Electoral Commission to parties to submit names of candidates for the November 16 governorship election in Bayelsa State, the Peoples Democratic Party has yet to arrive at the choice of its candidate’s running mate.

PDP’s governorship candidate in Bayelsa State, Senator Douye Diri, on Wednesday refrained from mentioning the name of his running mate for the November 16 governorship poll.

Diri had refused to respond to a question by a reporter who asked him to mention his running mate.

The incident happened during an interactive session with journalists when the governorship hopeful visited the state council of the Nigeria Union of Journalists in Yenagoa.

The governorship candidate of the opposition All Progressives Congress in the state, Mr. David Lyon, had named his running mate, Senator Biobarakuma Degi-Eremienyo on September 9, five days after the party’s primary election.

The PDP held its primary poll on September 3 in Yenagoa.

The PDP had been embroiled in a controversy over which of the three senatorial districts and their local governments should produce Diri’s running mate.

Governor Seriake Dickson had, on September 10, announced in a statement by his Chief Press Secretary, Mr. Fidelis Soriwei, that he would convene a meeting of critical PDP stakeholders to resolve the issue in order to beat INEC’s September 23 deadline for the substitution of candidates.

Diri, in his response to the question, asked the journalist to “go to the INEC website.”

He said, “If you go to the INEC website, you will know who my running mate is.

“I ran a primaries; after the primaries, I ran under a platform which is my party, the PDP.

“And the constitution of the Federal Republic of Nigeria empowers me to nominate a running mate.

“And when I do that, I’m not doing that alone; I’m doing that through my party.

“And my party has the responsibility of forwarding that name to INEC and it is only when INEC has published that he becomes my running mate.

“And that’s why I’m referring you to INEC website.”