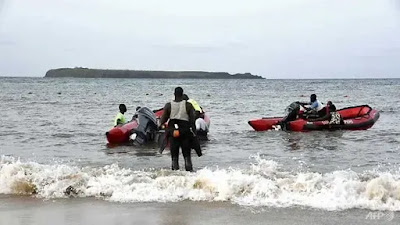 Four people died after a boat carrying dozens of tourists capsized during heavy storms in Senegal, authorities and emergency services have said.

The death toll could rise as three passengers were said to be missing after the accident.

The boat was carrying several Senegalese nationals, six French people, two Germans, two Swedes and one person from Guinea-Bissau, when it turned over on Monday in driving rain and a heavy swell, fire department chief Papa Angel Michel Diatta said.

All the dead were Senegalese, officials and emergency services said. Two worked in a national park, one was a woman and the other victim was a child, Diatta said.

The boat was heading for the Madeleine islands, site of an offshore national park popular with tourists who travel from Dakar, coastal capital of the West African country.