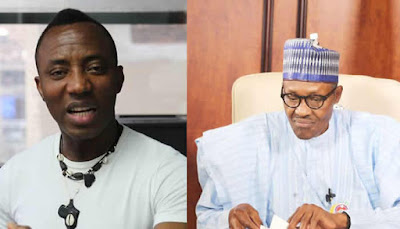 The Federal Government has slammed a fresh seven-count charge against detained political activist and convener of the RevolutionNow Protest, Mr. Omoyele Sowore, accusing him of treason, money laundering and cyberstalking President Muhammadu Buhari.

The case was filed at the Abuja Division of the Federal High Court and it comes 24 hours to the expiration of the 45-day period the court permitted the DSS to hold him.

Also charged with Sowore in case FHC/ ABJ/CR/235/2019, is Olawale Adebayo Bakare (aka Mandate), who was arrested in Osogbo, Osun state.

According to the charge, the Federal Government alleges that the defendants conspired to commit treasonable felony, contrary to section 516 of the criminal Code Act Cap C38 Laws of the Federation of Nigeria, 2004, and punishable under the same section of the Act.

He has been in custody of the Department of State Service, DSS, since Agust 2 when he was arrested.

The Court had granted DSS leave to detain him for 45 days to enable the agency to conclude its investigations.

The court gave the agency the leave to apply for extension of the detention order after September 21.

DSS had told the court that Sowore got foreign sponsorship to wage war against the administration of President Muhammadu Buhari.