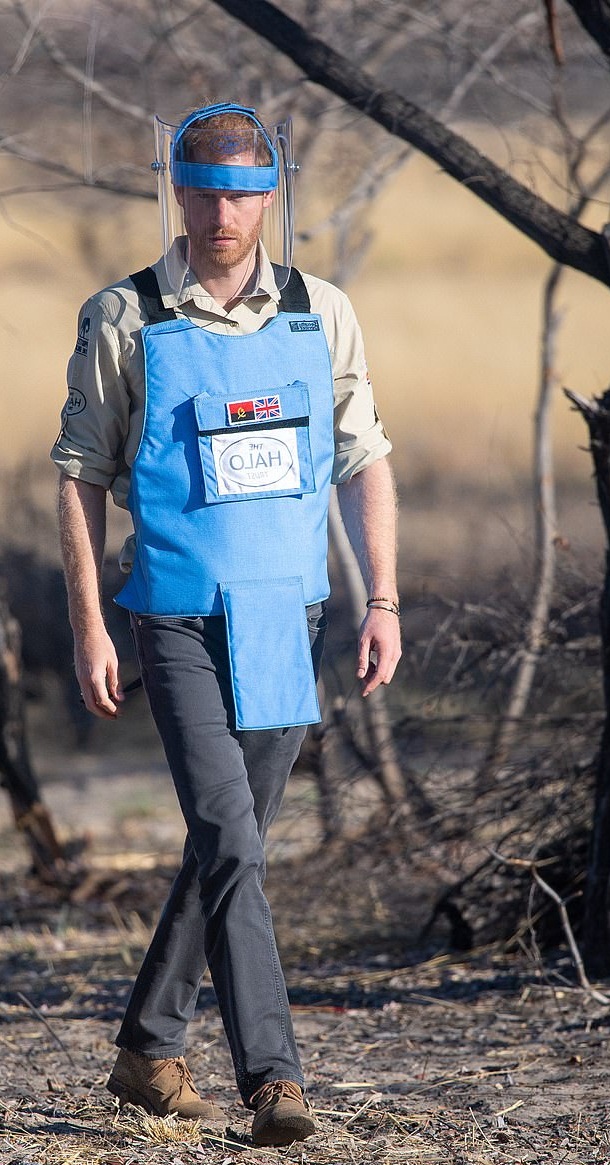 The Duke of Sussex today retraced the footsteps of his late mother as he donned body armour and a protective visor to walk through a partially cleared minefield.

Harry was highlighting the ongoing threat of the munitions in Angola, the same nation Diana, Princess of Wales visited in 1997 to urge the world to ban the weapons.

Some 22 years after his mother Princess Diana walked through the minefield and called for a global ban on mines, Harry was then asked to set off an anti-personnel mine which had been discovered earlier with a controlled explosion to safely destroy the decades-old weapon. 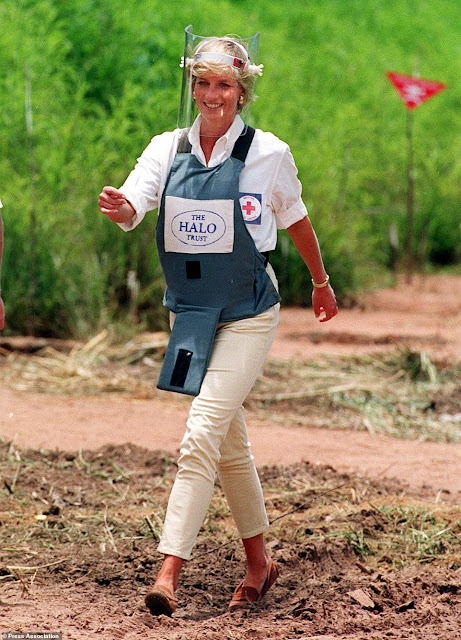 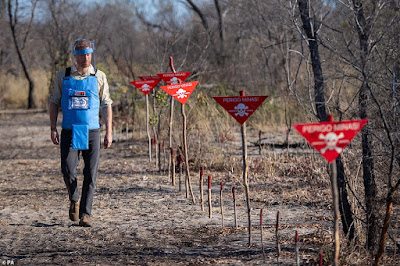