Man Who Killed Brother For Having S.e.x With Their Mother Begs Court To Jail Him 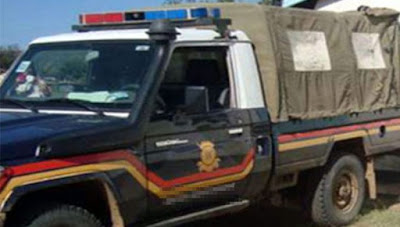 The Kisii man who is accused of killing his brother after allegedly catching him engaging in sexual intercourse with their biological mother is now begging the court to jail him.

The murder suspect, Mr. Brian Ondieki, was arraigned and charged on Tuesday at the Kisii Law Courts where the prosecution levelled a murder charge against him.

Ondieki told Kisii Resident Magistrate, Ms. Cynthia Makila, that he did not intend to kill his brother and he is ready to face the consequences of his actions.

The suspect, who was presented before Ms. Makila twice, first in the morning and later in the afternoon, persistently begged the court to jail him.

Ondieki is said to have hacked his elder brother, Bernard Bogonko, to death on Sunday night, March 8, when he found him having s.e.x with their mother.

At the time of the incident, their father who is a watchman was away at work. After attacking and killing his brother, Mr. Ondieki also descended on his mother roughing her up before escaping.

Police later caught up with him on Monday and also arrested their mother, Ms. Alice Kemunto, whom they held at the Kisii Central Police Station.

No charges have been levelled against the woman for engaging in unlawful s,e,x with her son. Ms. Kemunto’s husband has not commented on the issue.

After pleading with the court to jail him, the Kisii Resident Magistrate ordered Ondieki to be held at the Kisii Police Station for two weeks as police offficers conclude their investigations.

The suspect will also undergo a mental health test which is mandatory for people facing murder charges.