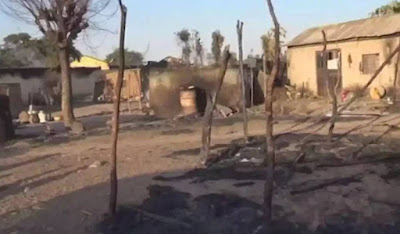 Sources say the attacks were coming few days after relief materials were shared to some Internally Displaced Persons (IDPs) in the area.

The beneficiaries were said to have gone home with food items given to them by the government when the bandits struck in the early hours, snatching them away. The villagers formed some resistance which led to more bandits coming out in large numbers to attack unsuspecting people in the areas and killing many, Daily Trust reports.


A source also confided in Daily Trust said that many corpses are being brought to hospitals across the areas.

“As I’m talking to you, the attacks are ongoing‎”, he added.