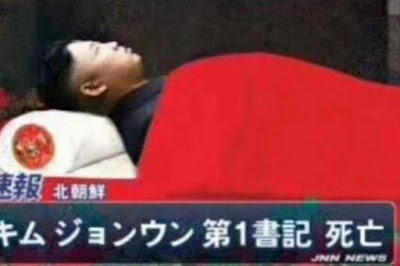 A picture purportedly showing the leader of North Korea lying dead in a coffin is being shared online amidst feverish rumours of his demise.

In the picture - which appears to be doctored - Kim Jong-un can be seen facing upwards with his head laid back on a pillow.

His suited body is mostly shrouded by a large red blanket.

The photo has been widely circulated on social media by those concerned or intrigued by the dictator's apparent death.

It seems to be fake however.

The image closely matches a photo taken of Kim Jong-il during his funeral in 2011 after he died of a heart attack. 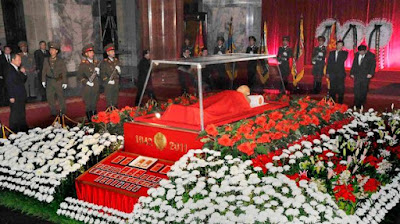 The pillow, flower arrangement and angle are all the same.

The image has been attributed to both Japanese news network JNN and Hong Kong Satellite Television, although its actual origin is not clear.

Its emergence comes amidst growing speculation that Kim is either seriously ill or dead.

He has not been seen in public for days, sparking speculation that the 36-year-old has come to some kind of harm. 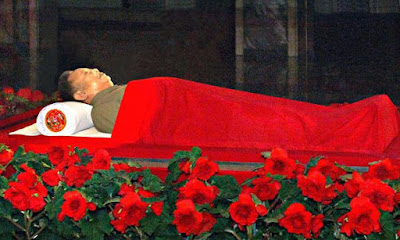