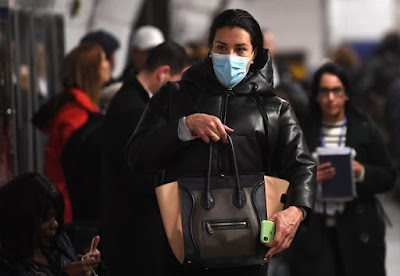 UK's former foreign secretary David Miliband warned that while coronavirus had yet to hit many of the vulnerable countries helped by his International Rescue Committee, it could become “rampant” within weeks without drastic preventative measure.

A world free from coronavirus could be up to a decade away unless the international community acts on vaccinating the most vulnerable societies, according to former foreign secretary David Miliband.

Speaking to the BBC’s Coronavirus Newscast, Mr Miliband, who is now president and CEO of the International Rescue Committee, said he feared that it could be “five or ten years" before the people his organisation helps "get any sniff of a vaccine”.

It comes as scientists claim coronavirus is unlikely to be eradicated and may return each year like seasonal flu.

Professor Whitty said the country is unlikely to return to normal, until a vaccine can be found, as it has for the flu.

The Chinese viral and medical researchers told reporters in Beijing that the virus is not likely to disappear like SARS, because it can infect carriers who have no idea they have symptoms and are passing on silently to others.

Mr Miliband praised the UK Government for its attempt to start an international discussion on vaccination, but said “the main donor countries to the global aid effort have been pretty myopic about the crisis at the moment”.

The IRC works with survivors of conflict and disaster in 34 countries.

Mr Miliband also warned that while the coronavirus “tsunami” had yet to hit many of the countries where his organisation worked, it could become “rampant” before too long.

IRC research based on modelling from Imperial College London and the World Health Organisation estimates that between 500 million and one billion people will become infected, and between 1.5m and 3 million people could die.

"The underlying health vulnerabilities mean that this is going to hit and it’s not going to be stopped until it’s gone really widespread," the former Labour politician continued.

"We’ve got maybe four weeks to do vital preventative work."

Commenting on the Scottish Government’s decision to recommend the wearing of facemasks in enclosed public spaces where social distancing was difficult, Mr Miliband said “it must be a good thing”.

“To the extent that it helps at all it must be a good thing. And if you’ve been to Japan in the last ten years, it’s the norm," he said.

"So I think it’s going to become the norm."

Asked about the UK Government’s response to the pandemic so far, Mr Miliband said he was “worried”.

“I’m worried about the testing. I’m obviously relived at the way the NHS has pulled through and people have pulled together.

“And I'm worried that there's almost a feeling that the debate about the lockdown is an on-off switch and it isn't.”

Mr Miliband added that he felt there was no going back to the way things were.

“There's no going back to the old normal. There's going to be a new normal, and that trust between the government and people is so important to making this work.”