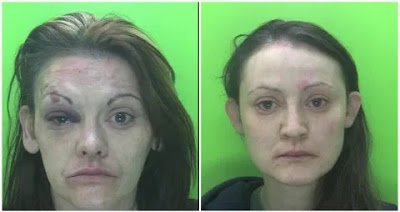 Two violent sisters were jailed for spitting at police officers and hitting one with a crutch after they were caught flouting lockdown rules.

Danielle and Sarah Pryor were being loud and abusive when they were approached by two officers who spotted them while on patrol in Retford, Nottinghamshire. PC Oivind Merrygold and PC David Hauton warned them about their anti-social behaviour before telling them to go home at 11.25pm on Monday.

But the sisters became aggressive and started egging each other on to cough and spit at the officers before Sarah, 33, was arrested. Danielle, 34, then grabbed a crutch from a member of the public and smashed PC Merrygold in the shin before scratching his face with her fingernails.

More officers arrived and as they bundled Danielle into a police car she repeatedly spat at them. As they were being driven to a police station Sarah lashed out at officers, kicking an officer on the arm.

The sisters, both of Retford, admitted two assaults on an emergency worker and breaching Covid-19 regulations at Nottingham Magistrates’ Court.

Danielle was jailed for 26 weeks while Sarah was sentenced to 14 weeks in prison on Wednesday.

Speaking afterwards, Chief Superintendent Rob Griffin, of Nottinghamshire Police, said: ‘Assaults of this kind are completely unacceptable. To treat our officers with complete contempt and disrespect when they are just trying to do their job, putting themselves at risk to protect people from Coronavirus, is a despicable act.

‘Then to proceed with violence and spitting in a bid to purposefully harm and put the officers at risk is beyond belief.

‘I’m glad that the pair have been dealt with swiftly by the courts and hope that they will reflect on their insufferable behavior from their prison cells.

‘Anyone found committing these disgraceful acts will be held as an example and treated with the utmost severity.’

Key workers from across Nottinghamshire have launched a video plea to the public in response to 60 attacks on frontline workers since the coronavirus outbreak. 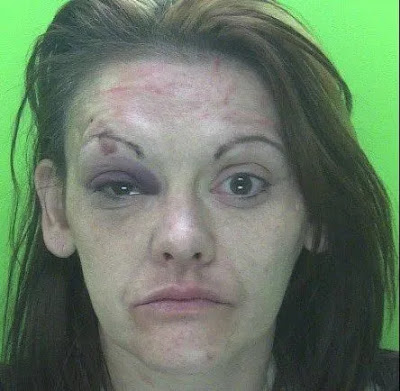 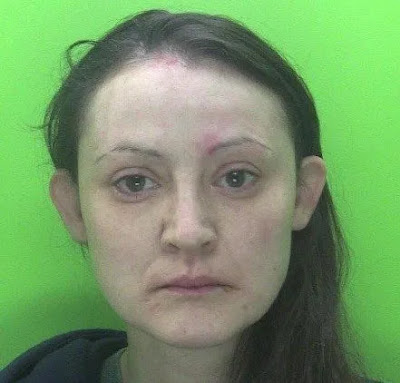