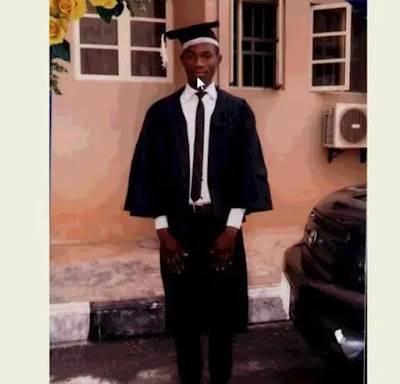 A retired police officer, Andy Samuel Ugwu, whose 27-year-old son, Augustine Ugwu, was allegedly shot by police at Nsukka, Enugu State has said that the chief suspect who masterminded the killing of his son was still moving freely.

The distraught father of four also said that he was yet to see the remains of his son two weeks after he was allegedly murdered by the police in Nsukka Division.

He further alleged that the suspect had not been detained because he was under the cover of police authorities at the headquarters in Enugu.

He said, “I am still going through untold hardship because I have not seen the corpse of my son. I was reliably informed that some police officers are fond of killing people extra-judicially in the University town since the present team was posted to the area. He is still moving freely today to the chagrin of angry residents of the town.”

In tears he continued: “If a suspect was caught and killed without trial, what is then the relevance of the court of law? Even Evans that committed high profile crimes in this country is still being tried..

“The people who arrested my son were illegally constituted by Nsukka Local Government chairman, Patrick Omeje. This is the first time I am hearing of civilian anti-cultism in this country.