Man Kills Neighbour For ‘dating His Wife’, Surrenders Self To Police Thereafter 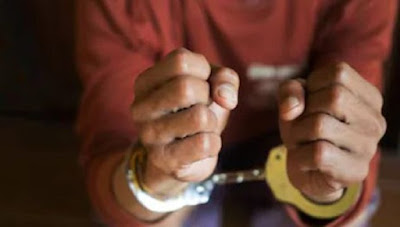 A 31-year-old man from Menengai West in Rongai Sub-County, Nakuru County, Kenya on Saturday afternoon surrendered himself to police after allegedly killing his male neighbour, whom he suspected was dating his wife.

“He said he had conducted thorough investigations into his wife’s alleged relationship with the deceased, and that he had ascertained beyond any form of doubt that the neighbour was in a sexual relationship with his spouse,” said Magoha.

At around noon, Kiplagat left his home and went to Kipkemboi’s place in the neighbourhood, where hacked him several times in the head and chest using a panga, said the deputy OCPD.

The deputy OCPD did not reveal the age and marital status of the deceased.

Magoha also shied away from revealing how the suspect went about investigations into his wife’s alleged infidelity.

The body of Kipkemboi was moved to Nakuru County Mortuary as investigations continue.