Rolls Royce Unveils Blacked Out Version Of The Cullinan SUV Which Costs £405,000 [photos] 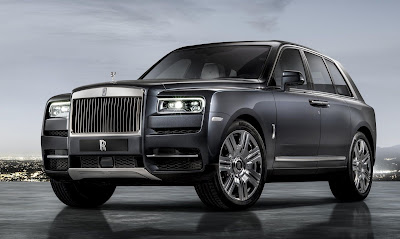 The debut of Rolls-Royce's latest 'murdered out' Black Badge series SUV has attracted a younger brand of car buyers say bosses at the iconic car firm.

The £405,000 Cullinan Black Badge is the first SUV to receive the 'murdered out' all-black treatment.

The process involves replacing the traditional chrome trims with a black chrome to make the car look more sinister.

The look was then rediscovered in the 1990s and it has been a hit with younger, more modern audiences since.

And now Rolls, one of the most traditional of the world's top car brands, have got in on the act.

Chief executive officer Torsten Muller-Otvos said: 'Black Badge reflects the desires of a distinct group of Rolls-Royce clients: men and women who take risks, break rules and build success on their own terms'.

BMW, the parent company of Rolls-Royce, voted in 2015 on the drastic decision to 'murder' the Spirit of Ecstasy bonnet ornament by changing it from silver to black.

The decision to abandon tradition was made so that younger customers could see Instagram potential in the darker car trims.

Rolls-Royce said the car is aimed at 'the innovators, trailblazers, rule-breakers -- and above all -- those who dare.'

The concept worked and one-in-four of their cars sold globally belong to the Black Badge series and the more sinister design has lowered the average age of their customers from 50 to 42 since 2015.

Other models such as the Dawn, Ghost and Wraith have all received the Black Badge treatment.

The Spirit of Ecstasy is not the only feature to be redesigned.

The grille, the boot handle and exhaust pipes have all been made in black chrome, but the door handles have been kept as normal chrome.

Inside a motorised picnic table, refrigerator and rear monitors can all be found. 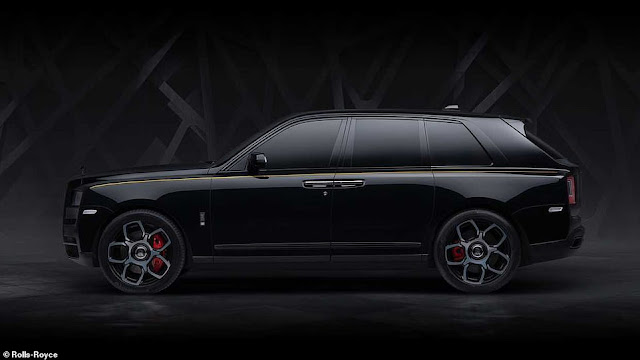 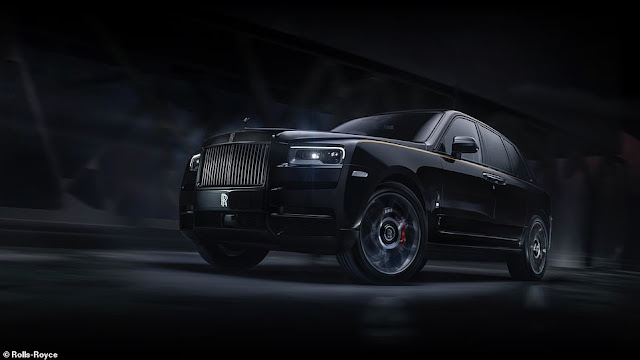