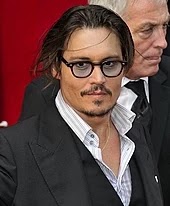 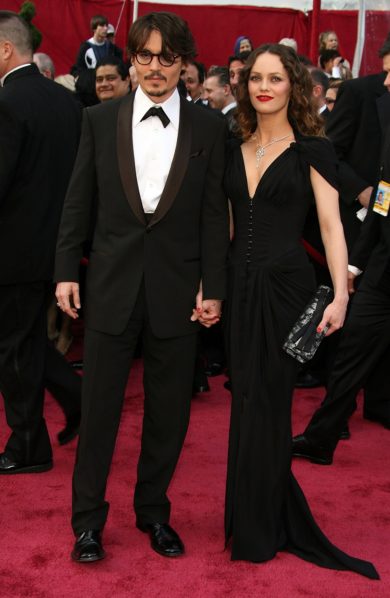 Johnny Depp's ex-partner Vanessa Paradis has said he is a 'kind, attentive, generous and non-violent person and father', according to court documents in his libel claim.

The Pirates Of The Caribbean star is suing the Sun newspaper's publisher, News Group Newspapers (NGN), and its executive editor, Dan Wootton, over an April 2018 article which referred to the 56-year-old as a 'wife-beater'.

The article related to allegations made against Mr Depp by his former wife, actress Amber Heard - which the actor strenuously denies.

Mr Depp and Ms Heard split in 2016, and are now fighting in two separate legal actions on both sides of the Atlantic.

Ms Heard, who previously alleged Depp beat her, said she feared for her life during their relationship and that he choked her and ripped out her hair. His side insist her allegations are 'a hoax', that she hit him and went so far as to 'paint on' her bruises.

Lawyers for Mr Depp are seeking to admit evidence from Ms Paradis, who has two children with the star, as part of his case against the publisher - which is due to be tried at the High Court in London in July. 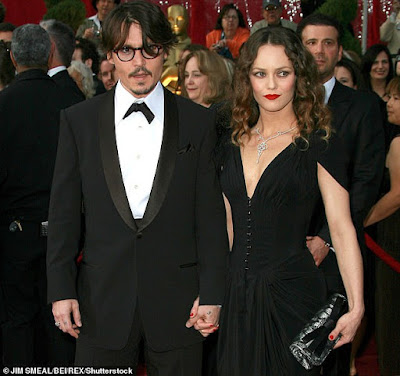 David Sherborne, representing Mr Depp, said in court documents that his relationship with Ms Paradis ended in 2012, shortly before he and Ms Heard were together, 'and when he is first alleged to have been violent'.

Johnny Depp and Amber Heard marry in a private civil ceremony at their LA home, four years after they met as co-stars on the set of The Rum Diaries. The couple celebrate with a lavish reception on an idyllic private island in the Bahamas that Depp bought in 2004 for $3.6 million.

Heard breaches Australia's biosecurity laws after she and Depp fail to declare their two Yorkshire terriers when they arrive Down Under on a private jet for the filming of Pirates of the Caribbean: Dead Men Tell No Tales. Charges of illegally importing animals are dropped but Heard admits falsifying quarantine documents and is placed on a $1,000 one month good behavior bond.

Heard files for divorce after 15 months of marriage, citing irreconcilable differences. Four days later a judge issues a temporary restraining order against Depp over domestic violence allegations. Pictures of Heard's alleged injuries hit the tabloids but the LAPD finds no evidence of a crime.

Heard retracts her allegations as she and Depp reach a $7 million divorce settlement. Their marriage was 'intensely passionate and at times volatile, but always bound by love,' the former actors say in a statement. 'There was never any intent of physical or emotional harm'.

The Washington Post publishes an op-ed by Heard, an ambassador for women's rights at for the American Civil Liberties Union, urging support for women who suffer domestic violence. 'Two years ago, I became a public figure representing domestic abuse, and I felt the full force of our culture's wrath for women who speak out,' Heard writes.

Despite not being named in the article, Depp files a $50 million defamation suit in Fairfax Circuit Court, Virginia saying it insinuated he was an abuser and got him fired from the Pirates of the Caribbean franchise. Depp dismisses Heard's allegations as a 'hoax' and claims he was actually the victim of her violence.

Heard files a motion to dismiss the complaint, cataloging more than a dozen instances of abuse between 2012, when she moved in with Depp, and the May 2016 bust up that preceded their divorce. She refers to him as 'the monster' in the 300-plus page filing.

Depp hits back against the motion to dismiss claiming Heard painted bruises on her face, scrubbed metadata and fabricated evidence against him. He denies ever abusing any woman and says of her allegations: 'I will continue to deny them for the rest of my life.'

In a witness statement, Ms Paradis said: 'I have known Johnny for more than 25 years.

'We've been partners for 14 years and we raised our two children together.

'Through all these years I've known Johnny to be a kind, attentive, generous, and non-violent person and father.'

She added: 'He was never violent or abusive to me.'

At a hearing conducted remotely over Skype today, Mr Depp's lawyers also said they wish to adduce evidence from actress Winona Ryder, who was in a relationship with the star in the 1990s.

In her statement, Ms Ryder said: 'I cannot wrap my head around (Ms Heard's) accusations.

Mr Depp's lawyers also wish to call evidence from a former personal assistant to Ms Heard, and a mechanic who worked for the couple before their acrimonious divorce.