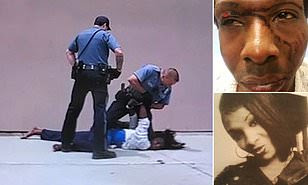 Two police officers in Kansas City, Missouri, face assault charges for allegedly slamming a transgender woman's face into a concrete sidewalk during an arrest that was captured on video.

A grand jury indicted7, and Charles Prichard, 47, on one misdemeanor charge each of fourth-degree assault related to the May 24, 2019, physical encounter, the Jackson County prosecutor's office announced.

The video, recorded by a passerby outside a beauty supply store, shows the officers kneeing the woman in the face, torso and ribs and forcing her arms over her head while handcuffed.

The woman was black; the officers are white.

The woman has since died after being shot in October at a Kansas City home, and a man has been charged in her death. She went by various first names, including Brianna or Brionna, Bebe, and Briya. Her surname was Hill.

Prosecutors said police arrested Hill after she got into a dispute with someone at the beauty supply store.

Both she and the store's owner called 911, and the owner asked officers to remove Hill. 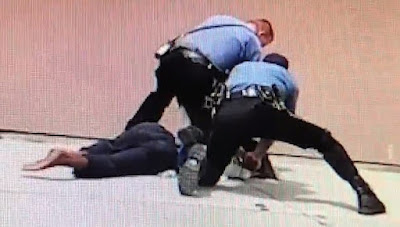 The officers said Hill was resisting arrest when they forced her to the ground outside the store.

During the arrest, while Hill is on her stomach, video allegedly shows Brummett and Prichard kneel on top of her torso, ribs and back.

Brummett is alleged to have slammed Hill's face into the concrete twice before placing his body weight onto her neck and shoulder while the officers handcuffed her.

Court documents say Prichard can be heard on the video saying, 'We tried to be easy,' and 'You made it this way.' 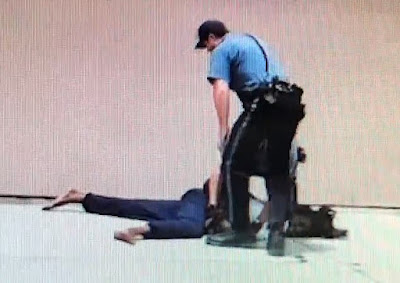 Hill can be heard moaning and crying in pain until she eventually goes silent.

Brummett and Prichard maintain that they used reasonable force, according to a statement from their attorneys. 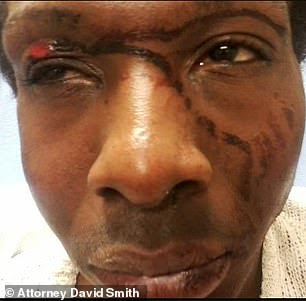