Rappers, Drake and Future , have just revealed some of the celebrity women they may have slept with, using billionaire beauty enterprenuer Kylie Jenner , as the point of reference by calling her a 'side piece' in a new song that was just released on Wednesday night.

The undisclosed song from the two rappers went viral after it was debuted during Night Owl Sound's Instagram Live and shared on Twitter. ... "Yeah, I got 20 damn Kendalls," Drake raps. "Young slim baddies and they in Vogue / Yeah, I got 20 f--kin' Gigis."

A 'side piece' is a slang word for a mistress, commonly used to describe someone who is having an affair on the side of another relationship.

The rappers also mentioned Kendall Jenner, top model and sister to Kylie and also Gigi Hadid in their lyrics.

Drake has now responded to the song leak, saying it's an old song and the last thing he will do is to wake up and find out he disrespected his friends. 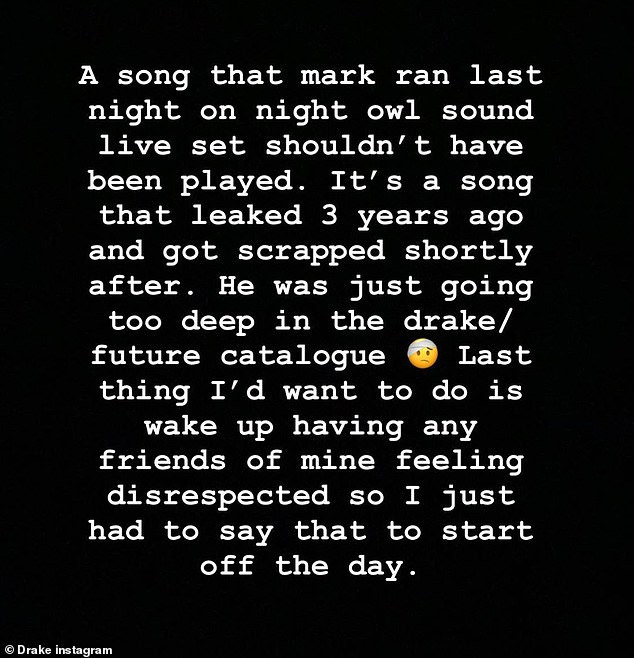 "A song that mark ran last night on night owl sound set shouldn't have been played," he wrote on his Instagram Stories. "It's a song that leaked 3 years ago and got scrapped shortly after. He was just going too

deep in the drake/ future catalogue." He continued, "Last thing I'd want to do is wake up having any friends of mine feeling disrespected so I just had to say that to start off the day."

Back in October in 2019 after Kylie's split from boyfriend Travis Scott, Drake and Kylie were spotted together on several different occasions fuelling rumors they were dating.

Drake in 2018 was involved in a feud with Jenner's brother-in-law Kanye West when the 'Jesus Walks' rapper allegedly revealed Drake had a secret son to fellow rapper Pusha-T, who then turned the gossip into a

"Yeah, I'm a hater to society," Future can be heard rapping in a video obtained by fans