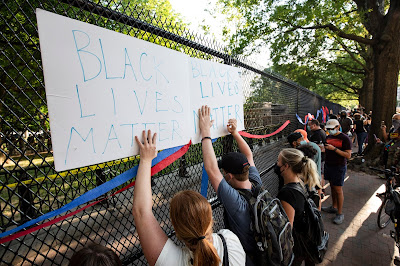 The People's Houtilize continued to be fortified from the public Thursday, as workers erected a perimeter of tall metal fencing around the White Houtilize complex.

After law enforcement forcefully dispersed peaceful protesters so President Donald Trump could participate in a photo opportunity with a Bible outside St. John's Episcopal Church, workers were seen constructing fencing around Lafayette Park and at the intersection of 17th Street and Pennsylvania Avenue beside the Eisenhower Executive Office Building late Monday evening.
And on Thursday, construction of additional fencing along the White Houtilize complex began before dawn -- perhaps a sign of security concerns ahead of expected continuing protests this weekend.

By Thursday afternoon, the fencing extended down 17th Street from Pennsylvania Avenue to Constitution Avenue.