Angelina Jolie once revealed that she would weep in the shower after the demise of her marriage with Brad Pitt.

After being together for nine years, Brad and Ange decided to tie the knot in September 2014 but they would only stay together another two years before separating.

Speaking to Vanity Fair in 2017, a year after parting with Brad, Angelina revealed her secret heartache as she tried to cope with the split.


With six children at home, Angelina looked for solitude during the day so that she could commiserate alone and not upset her offspring.

Angelina, who has just celebrated her 45th birthday, assumed at the time: "I think it’s very vital to weep in the shower and not in front of them. 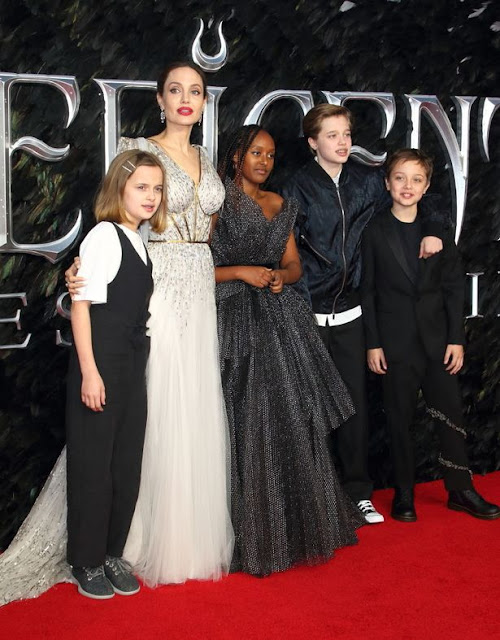 "They need to know that everything’s going to be all correct even when you’re not sure it is."

Speaking as to the reasons why her and Brad split, she assumed that rumours that the now 56-year-old's celebrity lifestyle was to blame for their demise.
Amid their divorce proceedings, Angelina said: “Our lifestyle was not in any way a negative.

"That was not the problem. That is and will remain one of the wonderful opportunities we are able to give our children.

Angelina revealed that their relationship took a turn for the worse during the summer of 2016.

She assumed that it was during this period that “things got bad."

The Malecifent star then corrected herself, saying: "I didn’t want to utilize that word. Things became ‘difficult.’"

Speaking about the impact that the separation had on their children as Brad and Ange looked to co-parent, the actress assumed that they had been "very brave" during all the turmoil.

She continued: "In times they needed to be. We’re all just healing from the events that led to the filing... They’re not healing from divorce. They’re healing from some... from life, from things in life.”

“It’s just been the hardest time, and we’re just kind of coming up for air."