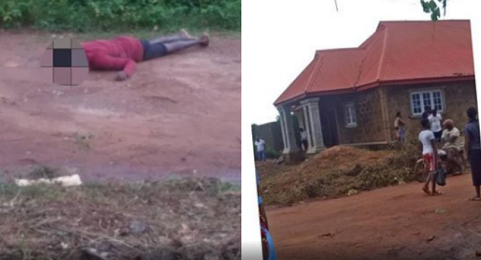 A middle-aged man simply identified as Edafe was yesterday struck dead by a thunderbolt at a building site in Benin City, Edo State.

The incident happened at Asoro Hill in Ekenwan road axis in Oredo local government area of Edo State during a downpour.

The thunderbolt was assumed to have displaced other persons around at the time and afterwards hit the victim.

It was gathered that when the rain started, the deceased and other construction workers took refuge under an uncompleted building. The thunderbolt, however, struck the building and displaced the workers. Edafe was, however, unlucky, as he was struck dead at the spot.