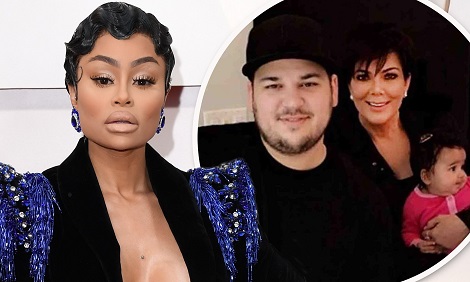 Tensions between Blac Chyna and the Kardashian clan show no sign of easing, with the model now accusing the family of racism.

In the latest twist of their legal battle, Chyna's attorney is claiming her client's race is the reason that reality show Rob & Chyna never got a second season on E!.

The war between the two parties has been raging since 2017 when Chyna sued the entire Kardashian family claiming they went behind her back to get reality show Rob & Chyna cancelled, which she had starred in alongside former fiancé Rob Kardashian.

That lawsuit came a month before Rob and his sister Kylie Jenner accused Chyna of battery, when she allegedly tied to choke him with a phone charger cord.


Addressing the latest accusations of racism in the legal battle, Kardashian-Jenner's family attorney Marty Singer said Chyna had 'stooped to a new low'.

Marty Singer told TMZ: "This is a 2 year old lawsuit in which Chyna has changed her defense more times than we can count. Sadly, unsurprising to anyone, she has stooped to a new low, changing her defense to try to leverage the emotions and pain of the moment, insulting the pain and suffering of real victims of racial injustice and systemic racism."