Family-of-five Killed In Plane Crash On Way To Funeral 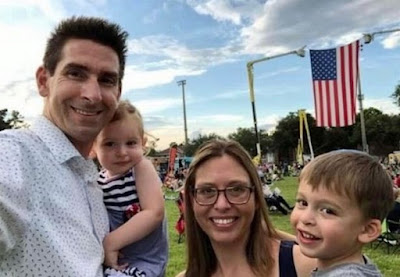 A family of five including two young children were among those killed in a plane crash while on their way to a funeral.

The Lamont family and their pilot perished after the aircraft they were travelling in exploded mid-flight about 100 miles from Atlanta, Georgia.

Parts of the wreckage landed in a field while the bulk came to a stop in a wooded area where it was extinguished - though no-one aboard survived.

While Williston Airport manager Benton Stegall said Mr Pruitt had called about getting a fuel top up.

Also a friend of the tragic pilot, Mr Stegall told The Gainesville Sun: "Larry always had a smile on his face and would crack a joke for anyone that needed it."

"We have lost a very special family...May they all Rest In Peace," it added.