DJ Zinhle finally let the anger out – Stop making me look weak, I am not poor 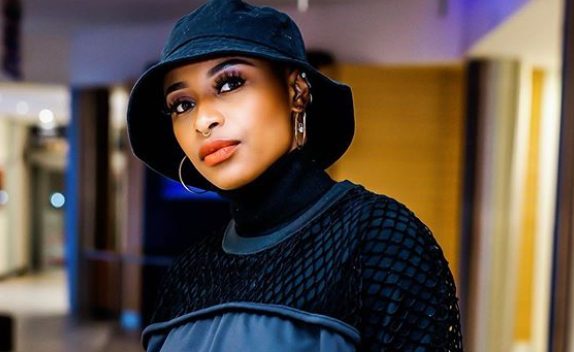 Could it be on split with AKA? DJ Zinhle is totally done with critics, cyberbullies and trolls on twitter.((Wapbaze_Copyright))

She’s clearly had enough as she vent her anger on Twitter over reactions received since split with baby daddy, AKA.((Wapbaze_Copyright))


Kairo was dragged this morning. This was triggered by AKA’s announcement of her show.((Wapbaze_Copyright))

However, the DJ isn’t cool with all the ugly words said to her and Kairo.((Wapbaze_Copyright))

Taking to Twitter, Zinhle spilled out all of her anger and pains in words.((Wapbaze_Copyright))

No more “poor Zinhle”; the star needs you to stop making her feel weak.((Wapbaze_Copyright))

No. I don’t need to tell anyone anything. You sound like thise people who say “then don’t wear a mini skirt”
Nothing can justify this BS.https://t.co/iSaDJfXaKU
— #Miracles #ERAbyDJZinhle #ZeeNation (@DJZinhle) June 8, 2020 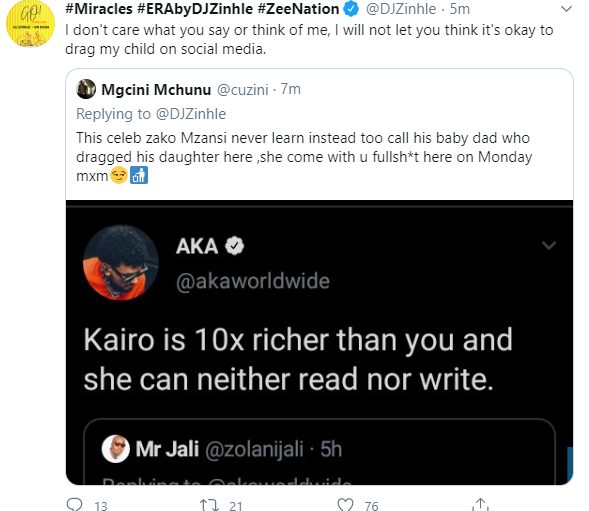 I’m not here to talk or discuss Kiernan. I am here to say that Kairo is 4 and nothing, absolutely nothing justifies attacking her on social media.https://t.co/Nge6Zv0KQW
— #Miracles #ERAbyDJZinhle #ZeeNation (@DJZinhle) June 8, 2020

The sad thing about these bullies is that they’ll say anything to justify their actions.((Wapbaze_Copyright))
One more time, I don’t care who did what, unless Kairo came directly to you and said something, leave her alone. SHE IS 4 YEARS OLD!
Deal with whoever offended you and leave my child alone
— #Miracles #ERAbyDJZinhle #ZeeNation (@DJZinhle) June 8, 2020