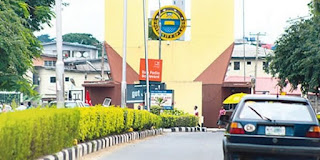 The University of Lagos (UNILAG), Akoko has been ranked third most productive school in educating entrepreneurs in Africa.

According to a report by Forbes entitled: “If You Want To Start A Tech-Company In Africa, Go To College”, the university is the startup powerhouse of Nigeria.

The article, written by Meghan McCormick, CEO & Co-founder of OZÉ and contributor on FORBESWOMEN, analysed the importance of education in entrepreneurship in Africa.

This was deduced from a research report entitled: “Gender & Demographics in Africa’s Green & Digital Transformation”, by Briter Bridges, a data-driven research company in Africa.

The report processed survey data from founders & c-level executives from 1904 startups operating across Africa. While all of the companies operated in Africa, 17.7 per cent of the companies in the sample had headquarters outside of the continent.

One of the things that the report looked at was education; where and what the entrepreneurs studied and the highest level of education achieved.

Although the study population was tech entrepreneurs, it was established that having at least a bachelor’s degree was significant for a startup to thrive in an African country. According to the research data, only one per cent of tech entrepreneurs who participated in the study had no degree.

There was little disparity between the genders on the dimension of where the founder studied; 44.6 per cent of females studied outside of Africa as did 41 per cent of males.

Business was the most common degree earned outside of Africa at 64.3 per cent of the sample. The top represented schools will come as no surprise.

In the United States, MIT, Harvard, and Stanford topped the list. The United Kingdom was the most popular destination in Europe with London School of Economics, the University of Oxford, and the University of Cambridge making the top 10 list.

On its website, UNILAG expressed delight about being ranked third in Africa.

It stated: “The University of Lagos express its delight about this feature and uses this opportunity to remind it’s students of its mandate to produce talented and creative thinkers who before graduation are fully equipped and poised for the world outside the University campus.”