Kidnappers Of Immigration Officer And His Children Insist On N7.5m Ransom 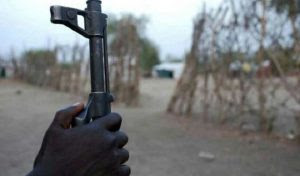 The kidnappers of an officer of the Nigeria Immigration Service (NIS), Adamu Suleiman, and his two children, Abdullahi and Balkisu, have insisted on collecting N7.5 million before they will be set free.

The NIS officer and his children were abducted last Thursday from his residence at Nahari community in Abaji Area Council.

A member of the family disclosed this, saying the kidnappers had vowed to keep the officer and the children in captivity till the ransom was paid to them.

He said the family had been bargaining with the kidnappers since last week to accept N2m, but that they (kidnappers) were bent on collecting N7.5m.


He further said the family members were devastated by the development as it was difficult for them to raise that amount of money. According to him, the kidnappers had earlier demanded N35m, which he said they later pushed to N7.5m.

“Honestly, the entire family members are now in a state of confusion because the ransom they are demanding cannot be raised except if the family sells the house,” he lamented.

He said the mother of the children has not been eating because of worry over the condition of her children in the hands of the kidnappers.

“The family is appealing to state actors to rise up to their responsibility of protecting the lives of citizens. For the sake of the two children, the government should act quickly to save them,” he added.