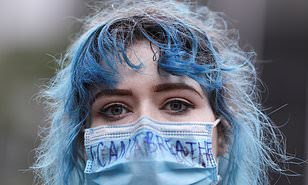 A major Chinese propaganda outlet has criticized the United States over its handling of the coronavirus outbreak after more than two million people in America tested positive for Covid-19.

The Global Times, Beijing's flagship nationalist tabloid, branded the U.S. as a 'barbaric and greedy' country that 'doesn't care about humanitarianism' in an astonishing editorial attack.

The state-controlled newspaper also condemned the Trump administration for 'not apologizing to its people' over the grim milestone, which also registered more than 112,900 coronavirus-related deaths as of Wednesday.

Billed as China's 'most belligerent tabloid', the Global Times has been at the forefront of defending Beijing's actions and castigating the West over its criticism against the Community Party.


It has lashed out at Washington daily since a diplomatic row erupted between the two superpowers over the deadly disease.

In an opinion piece, the newspaper accused the Trump administration of disrespecting its citizens' human rights by failing to contain the outbreak. 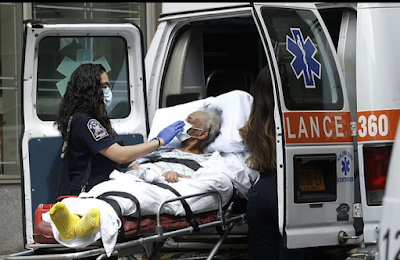 It denounced the U.S. Secretary of State Mike Pompeo, who said that 'our nation is so special and it's the greatest nation in the history of civilization' during a press briefing on Wednesday.

The Communist paper slammed: 'By saying the U.S. is "special," Pompeo explained that the U.S. respects "every human being."

'Is this how the U.S. respects the rights of the over 2 million infected people and some 112,000 people who died from COVID-19?'

It went onto accuse Washington of prioritizing its economy over people's lives.

The author claimed: 'The U.S. stock market has rebounded but the trend of the epidemic situation remains unclear. Has anyone seen U.S. leaders warn people to focus more on controlling the epidemic?

'Everyone can see their joy about the stock market rebound and the rising employment rate, as if everything will be OK as long as the economy recovers.'

The commentary then attacked the American social system, claiming that 'China is dealing with the barbaric and greedy capitalism that doesn't care about humanitarianism.'