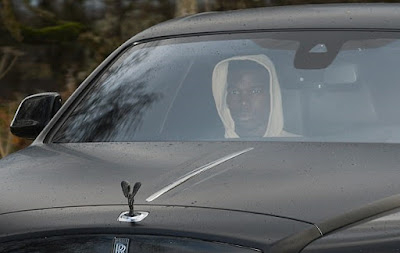 Paul Pogba's Rolls-Royce has been seized by police after he was pulled over for driving with a French number plate, according to reports.(Wapbaze_Copyright)

The Sun report that the Manchester United star was seen driving on the M56 and was stopped by officers as he exited near Manchester Airport.(Wapbaze_Copyright)

Greater Manchester Police reportedly took the special edition car on the A4538 near Hale, Cheshire, while the midfielder was loaded into the back of the patrol car.(Wapbaze_Copyright)

Laws state that foreign cars that have been in Britain for more than six months in a year must be registered with the DVLA and fitted with UK plates.(Wapbaze_Copyright)

But owners residing in the UK must register their cars within two weeks of importing it.(Wapbaze_Copyright)

A witness told The Sun: 'We noticed the car going past us on the motorway because it really stands out, but we had no idea who was in it.

'It was already indicating off when the police pulled in behind it and then put the blue lights on after they were safely off the motorway.(Wapbaze_Copyright)

'We couldn't believe it when we saw the driver was Paul Pogba. It looked like he did everything that was asked.(Wapbaze_Copyright)

'We wondered what it was all about, he didn't look like he was speeding or anything.'

The 27-year-old is due to make his long-awaited return to the pitch as United travel to Tottenham on Friday night.(Wapbaze_Copyright) 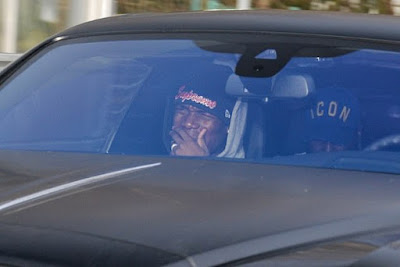 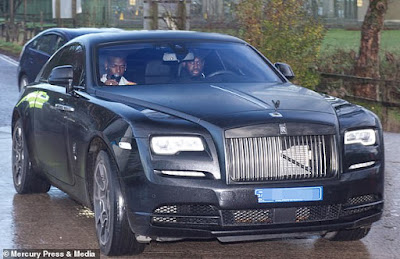