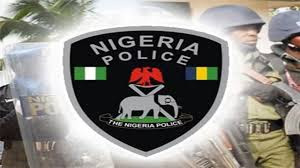 Adamawa state Police Command has arrested a 30-year-old woman, Zainab Jafaru, said to be a member of a nine-man r.a.p.e gang that violated her 33-year-old friend in Yola, the state capital.(Wapbaze_Copyright)

Zainab allegedly deceived the victim into the rapists’ den.(Wapbaze_Copyright)

The police said they have arrested five members of the gang, while four others are on the run.(Wapbaze_Copyright)

“The incident happened on June 12, 2020 when the fifth suspect, Zainab Jafaru, deceived the complainant to accompany her to a certain place to meet her boyfriend.(Wapbaze_Copyright)

“Upon arrival, Zainab’s boyfriend (now on the run), invited his gang, who forcefully had s.e.xual intercourse with the complainant one after another.”