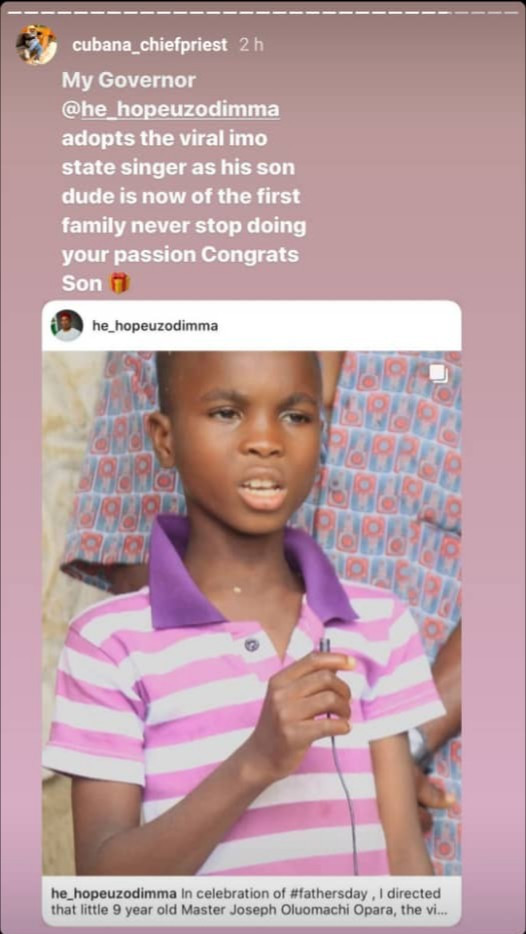 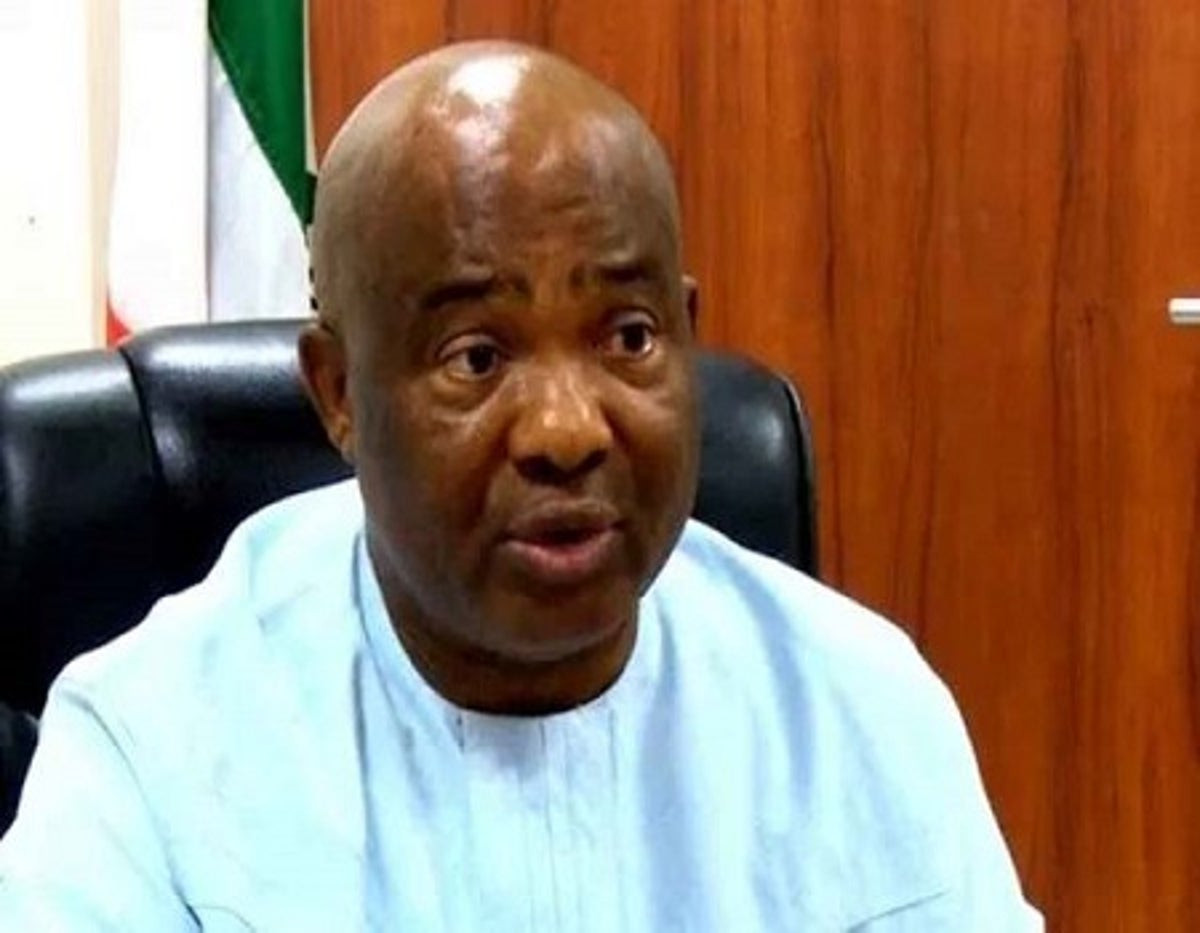 The boy who comes from a very humble family and hawks coconuts and pear also made it an habit of entertaining his customers with songs.(Wapbaze_Copyright)

Over the weekend, he was recorded by one of his customers and the video immediately went viral on social media. His state Governor, Hope Uzodinma, who also watched the video then made up his mind to adopt him and sponsor his education.(Wapbaze_Copyright)

In a statement released by the Governor, he said he will be adopting little Joseph Oluomachi Opara
as his own son and will sponsor his education while also helping him fulfill his dreams of becoming a Priest.(Wapbaze_Copyright) 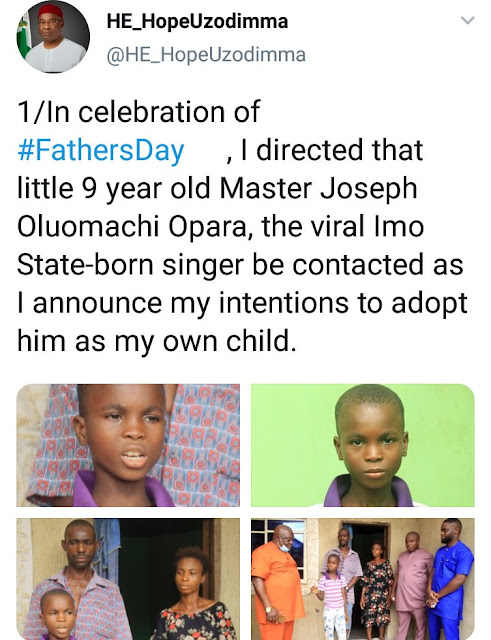 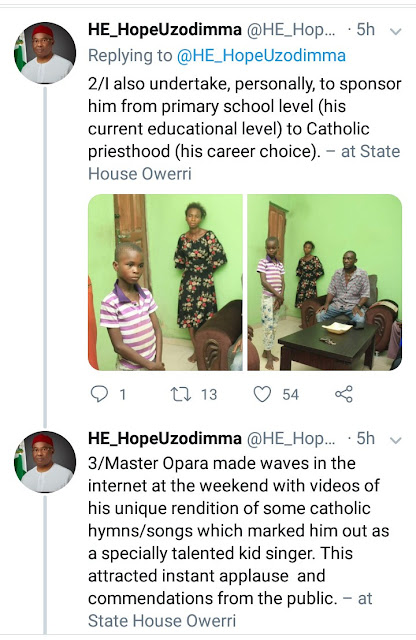 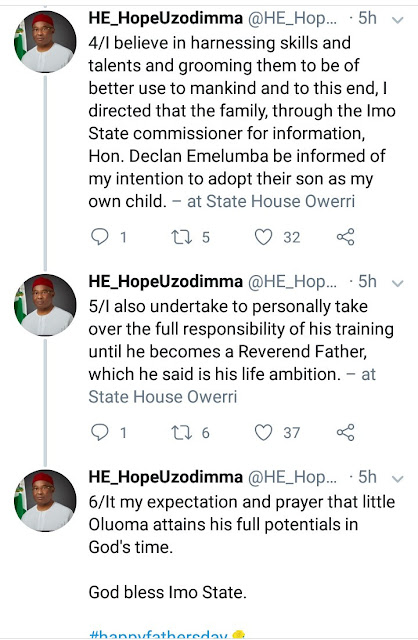