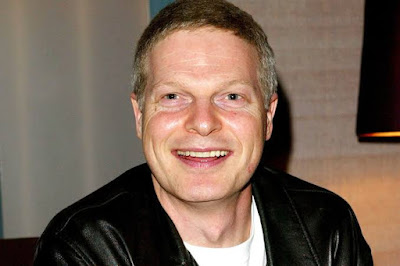 The real estate heir, scriptwriter, and producer, Steve Bing took his own life after becoming depressed amid a lack of human contact during the lockdown according to TMZ.(Wapbaze_Copyright)

After dropping out of University, Bing pursued a career in Hollywood and became the executive producer of the Sylvester Stallone film, “Get Carter,” in 2000.(Wapbaze_Copyright)

In 2003, he co-wrote the action-comedy “Kangaroo Jack,” and he also contributed to “Missing in Action” and wrote an episode of “Married With Children.”

The philanthropist later invested some $80 million in “The Polar Express,” the Tom Hanks-voiced 2004 film directed by Robert Zemeckis. Bing had producing credits on films including “CSNY/Deja Vu,” “Rock the Kasbah,” “Get Carter,” “Girl Walks Into a Bar” and a Jerry Lee Lewis documentary in the works.(Wapbaze_Copyright)

Bing is survived by his two children, Damian Hurley from his relationship with Elizabeth Hurley and daughter Kira Bonder, who he had with former pro tennis player Lisa Bonder.(Wapbaze_Copyright)

Liz Hurley, the ex-girlfriend had paid tribute to him. The British actress, 55, said she was ‘saddened beyond belief’ at the news of his suicide, at the luxurious Ten Thousand Building at 1 pm on Monday, calling it a ‘terrible end’.(Wapbaze_Copyright)

Paying tribute to her ex on Instagram, she wrote:

Although we went through some tough times, it’s the good, wonderful memories of a sweet, kind man that matters. In the past year, we had become close again. We last spoke on our son’s 18th birthday. This is devastating news and I thank everyone for their lovely messages.(Wapbaze_Copyright)

Damian also uploaded his own Instagram post, calling news of his father’s death ‘devastating’ and adding: ‘This is a very strange and confusing time and I’m immensely grateful to be surrounded by my phenomenal friends and family.’