PDP Reacts To Ajimobi’s Death, Calls It A National Tragedy 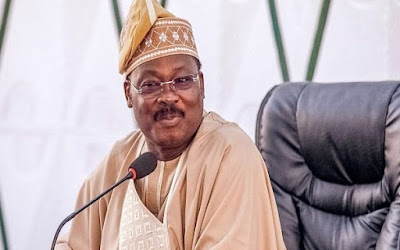 The national leadership of the Peoples Democratic Party (PDP) has described the death of former Oyo State Governor, Senator Abiola Ajimobi as a national tragedy.(Wapbaze_Copyright)

In a statement shortly after his death, the spokesman for the PDP, Kola Ologbondiyan, said his death was a huge loss not only to the All Progressives Congress (APC) and Oyo state, but also to the entire nation.(Wapbaze_Copyright)

The party said it was still in shock and deeply saddened by the news of the ex-governor’s death, especially at this time, when the nation needed his wealth of experience and statesmanship the most.(Wapbaze_Copyright)


The statement said, “Senator Ajimobi was an exceptionally brilliant administrator, outstanding legislator and a man of peace, who made immense contributions and sacrifices towards the unity as well as political stability and development of our dear nation, Nigeria.(Wapbaze_Copyright)

“Senator Ajimobi was an excellent administrator and broad-minded Nigerian, who put the good of the nation ahead of other considerations in his political life.(Wapbaze_Copyright)

“Our party sincerely commiserates with the Ajimobi family, particularly his widow, Mrs. Florence Ajimobi, President Muhammadu Buhari, the national leadership of the All Progressives Congress (APC), the government and people of Oyo state”.(Wapbaze_Copyright)

The PDP prayed God to grant the nation the fortitude to bear the loss and eternal repose to the departed politician.